This time I have some dramatic Cut-scenes ! 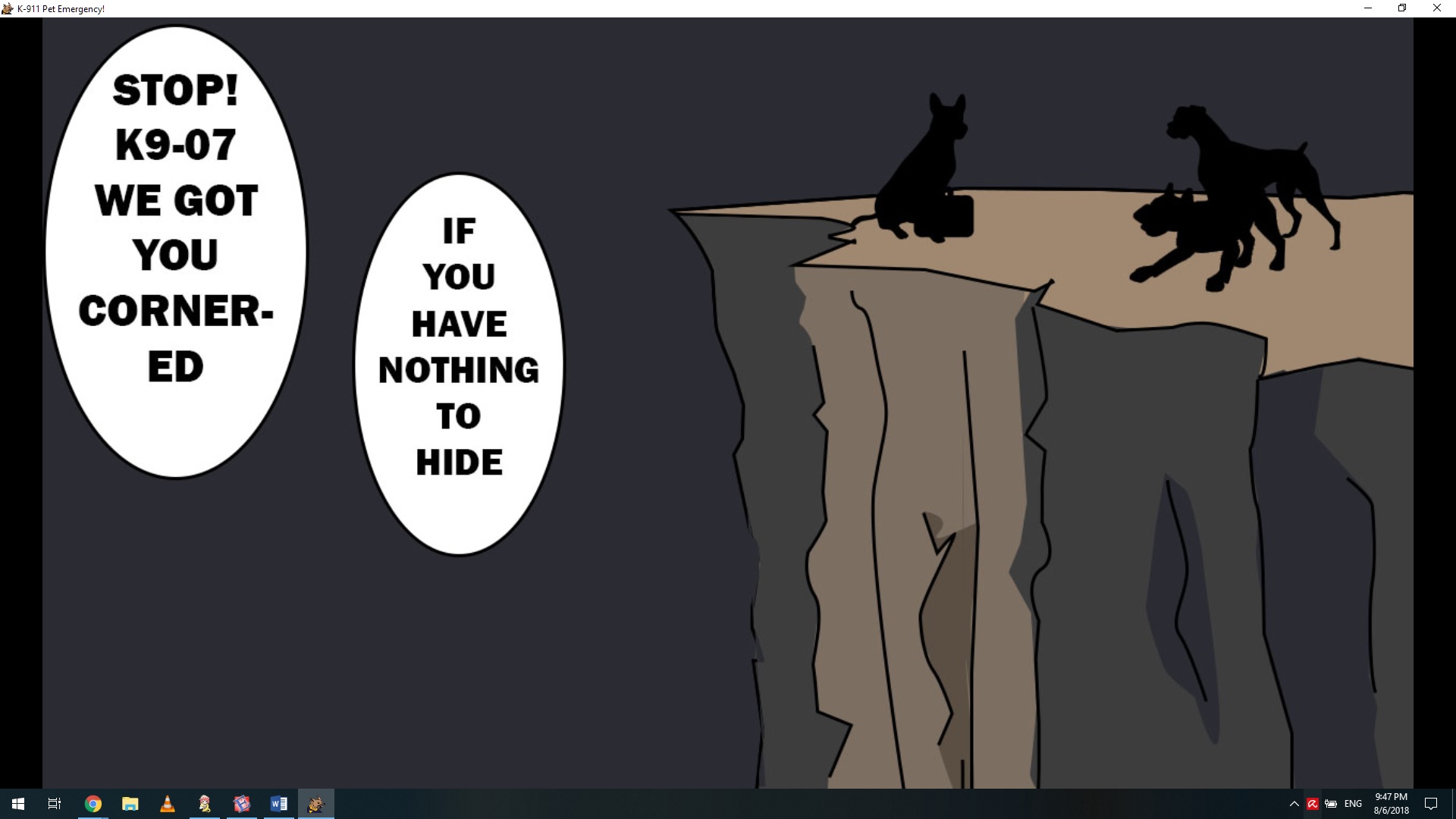 As you can see, I added more shading for this project so it would look more dramatic in the cut-scene. but overall the art is supposed to be flat so that I can speed up the game. story wise everything is mapped out so all I have to do is the art!

Who is that mysterious dog? We will find out in the next demo that is coming soon! (possibly next week if nothing bad happens!) 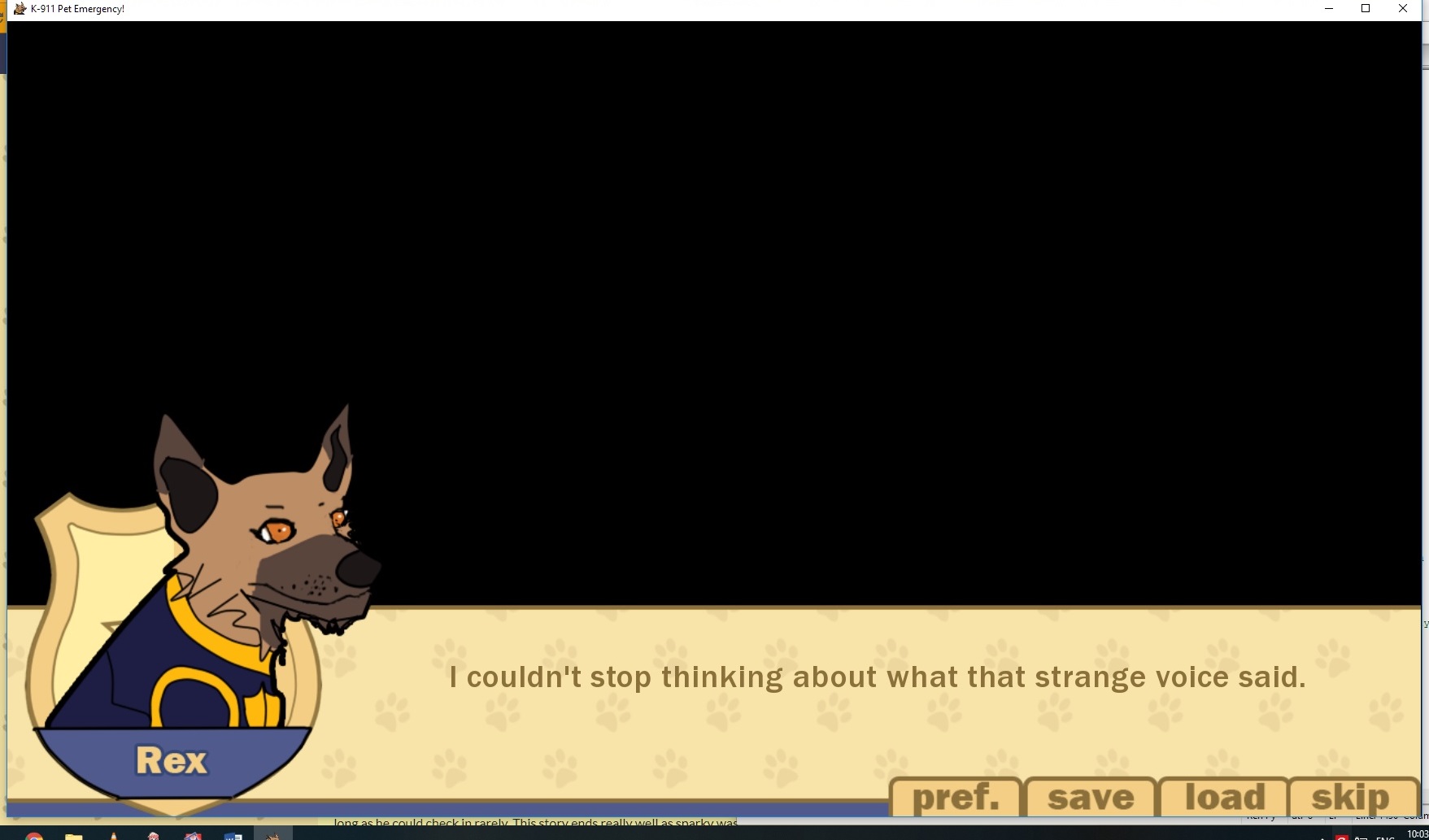 Guess What! Sparky is also another Real dog. but unlike Rex I have not met him in real life!

He was guessed by the shelter as a beagle/bloodhound mix, and he was a senior dog that was also having trouble being adopted. It seemed really sad to me that this happens, (I had a dog at this time and this dog hates other dogs). Sparky was a quiet well behaved  good boy that was content with staying in another room as long as he could check in rarely. This story ends really well as sparky was fostered by a someone who takes senior dogs to live with her. I don't know her name because (private) but I am so happy that people were kind enough let Sparky live out his live in a forever home. Apparently according to the shelter,  he has gone though a second puppyhood with her! It's so sweet!